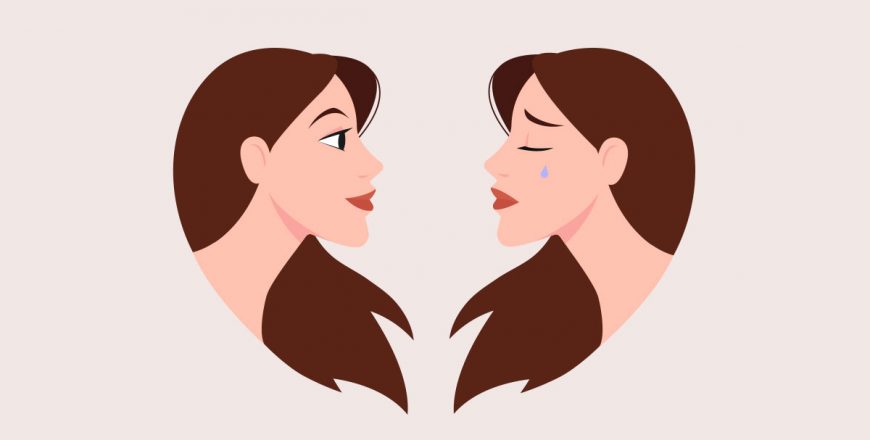 Post-traumatic stress disorder (PTSD) and bipolar disorder are two common mental health diagnoses whose symptoms tend to overwrap in some areas. As such, one condition can be mistaken for the other, often leading to poor diagnosis and inadequate treatment.

Understanding the differences between PTSD and bipolar disorder can help to ensure that people receive the correct diagnosis and treatment.

PTSD is a mental health disorder that can develop after living through or witnessing a terrifying event. It’s normal to have upsetting thoughts and memories or feel overwhelmed after a traumatic experience, but if the symptoms persist and interfere with daily life, you might have PTSD.

Symptoms of PTSD can include intrusive thoughts, flashbacks, avoidance of certain places or things that remind you of the trauma, negative changes in mood and thinking, and constantly feeling on edge.

What is Bipolar Disorder?

Bipolar disorder is another mental health condition characterized by extreme fluctuations in mood. People with bipolar disorder experience periods of high energy and euphoria (called mania) and periods of low mood and reduced energy levels (called depression). These episodes can last for days or weeks.

PTSD and Bipolar Disorder: The Similarities

There are some key similarities between PTSD and bipolar disorder worth noting. First, both conditions can be triggered by a traumatic event. While anyone can experience trauma at any point in their lives, not everyone will develop PTSD or bipolar disorder as a result.

Some common risk factors that make someone more susceptible to developing either or both conditions include having a family history of mental illness, repeated trauma, childhood neglect/abuse, having other pre-existing mental health disorders (such as anxiety or depression), substance abuse, lack of social support, and chronic stress.

Some symptoms that are common to both PTSD and bipolar disorder include:

PTSD VS Bipolar Disorder: The Differences

The main difference between PTSD and bipolar disorder is the cause or origin. Bipolar disorder is largely a genetic condition that is passed down through families, and the onset of symptoms does not require any triggering event.

On the other hand, PTSD is not necessarily genetic by nature, as symptoms are triggered by a specific event (or series of events) in the presence or absence of a genetic predisposition.

Another key difference is the duration of symptoms. People with PTSD tend to experience symptoms persistently for months or years after the initial trauma, while people with bipolar disorder will experience periods of mania and depression that last for days or weeks at a time – interspersed with periods of normal mood.

PTSD and bipolar disorder are unique and debilitating mental illnesses that, to some degree, share some common symptoms. If you suspect you may have PTSD or bipolar disorder, the best way to know for sure is by consulting a mental health expert. A trained professional will be able to accurately diagnose your condition and recommend appropriate treatment or course of action.